This is Roy’s second Dame in this his Eightieth Year, and follows the triumph of “Dick Whittington” at Wilton’s last season.

Once again (as Leonard Sachs was wont to say in “The Good Old Days”) The Pantomime will be Written by Roy, and directed by Debbie Flitcroft, AKA Mrs Hudd at this most glorious of Music Hall stages.

For more information on Roy’s panto, take a look at

The show opens on 2nd December and runs through to New Year’s Eve with shows at 2pm and at 7pm.

For a look at the history behind this building ,the one that Roy campaigned  for over several decades, here’s a link : 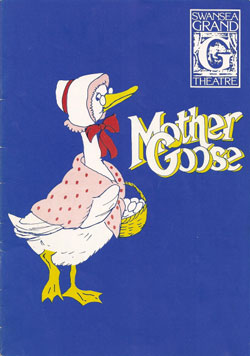 Mother Goose is one of our oldest Pantomime subjects, and nowadays one of the rarest. I was lucky enough to be in three versions before the pantomime went out of fashion, and it is always a pleasure to see a revival such as the versions John Inman was in for several years, and  one years back at Birmingham Hippodrome with Mathew Kelly- the Clive Rowe Hackney Empire “Mother Goose” and the one Danny La Rue was in for a few seasons. 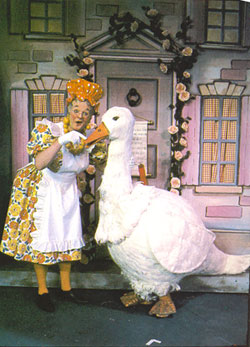 Here’s a photograph of me back in the day. 1977 I think. I believe I was in the  Belgrade Theatre Coventry, as Priscilla The Goose!

The Great Dan Leno was the forerunner of the Pantomime character we know to this day, as the Drury Lane pantomime of 1902 was specially written for him, and created the role that others emulated. 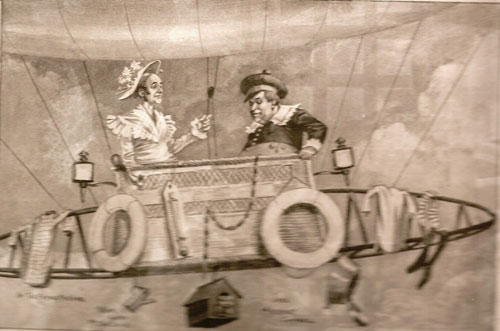 That Drury Lane production  included the “Pool Of Beauty” scene and the trial to win back Priscilla from the King Of Gooseland. All good stuff, and all taking place in a building from that very same era  with Roy Hudd,  starring from the beginning of December!