Many of our followers have been in touch following an article in the Sun Newspaper this week following the Brexit Vote. As we draw to the end of the theatrical pantomime season it’s great to see that Parliament is offering it’s own version with this photoshopped picture of the Prime Minister and Jeremy Corbyn! 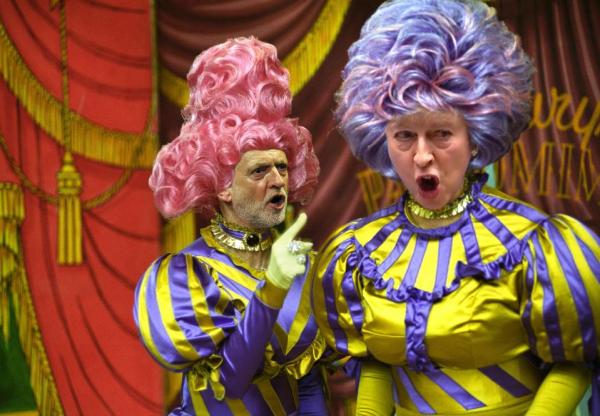 One particular follower with a very keen eye spotted the original costumes and knew exactly where the picture had come from! A Cadbury photoshoot featuring our very own Nigel Ellacott and the much missed Peter Robbins.

I’m wearing my Brexit Dress – it’s got absolutely no freedom of movement!

Have you seen my Backstop boys and girls? It’s Behind You!

………that’s quite enough of that!