Recent news was that HQ Theatres, a division of Qdos have taken a 25 year lease on The New Theatre Cardiff!. This beautiful 110 year old building seats around 1,144  and for twenty years has been the home of a Qdos pantomime. 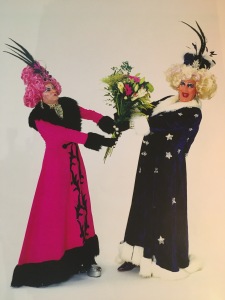 It was at “The New” that Peter Robbins and I had a wonderful season in “Cinderella” in 1990 with Windsor Davies and Dame Hilda Bracket (Patrick Fyffe) that transferred to Leeds Grand , and carried on through February.

As a Swansea lad my theatre jobs were in Cardiff from the 1970’s- I did plays at “The New” and childrens shows, including “Toad Of Toad Hall” , directed by Martin Williams, the manager who sadly died a young man, and left a legacy of splendid shows produced “in house” there. I worked at The Sherman Theatre, and The Open Air Theatre,The WNO Drama Company, and Chapter Arts, but it was the splendid New Theatre that was the jewel in Cardiff’s crown and at that time home of the Welsh National Opera.

The most recent Qdos Panto “Cinderella” finished on 12th January 2020.

Here are just a few random posters of previous Pantomimes at Cardiff. 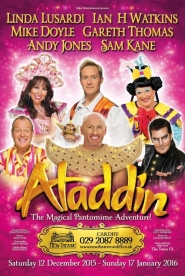 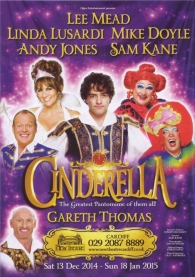 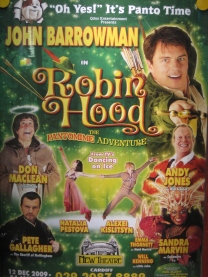 Recently the Facebook site “Pantoland” featured some photographs that Mike Chalmers took of past productions framed backstage and front of house at the Theatre. I am very grateful for his permission to repeat these snapshots here. Sadly the collection of “Finale” photos is incomplete, but hopefully more will be discovered an added as FOH is refurbished soon.

Here they are  – There are familiar faces I can spot, and I wonder how many you can recognise!I’ve just jotted a few names down from memory!Please feel free to add to the faces by email to info@its-behind-you.com should you wish!

Mike Doyle appears as Dame is very many of these Pantomimes, joining the local Dames and Sisters who played The New, including Wyn Calvin, Ceri DuPree, myself, (Nigel Ellacott) and adopted local Dames, like Ronne Coyles. 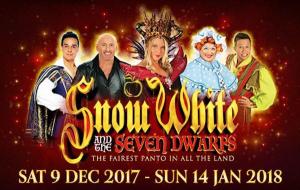 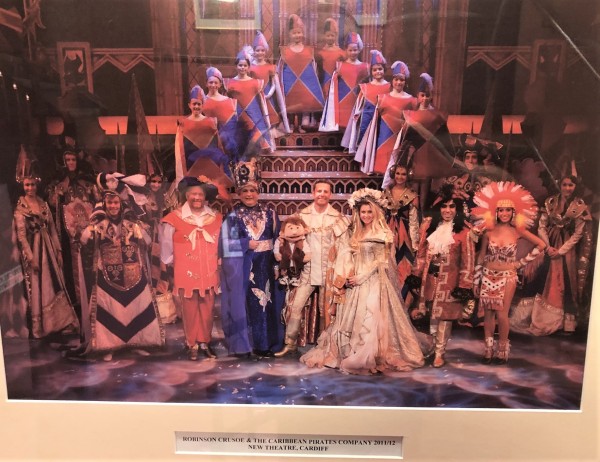 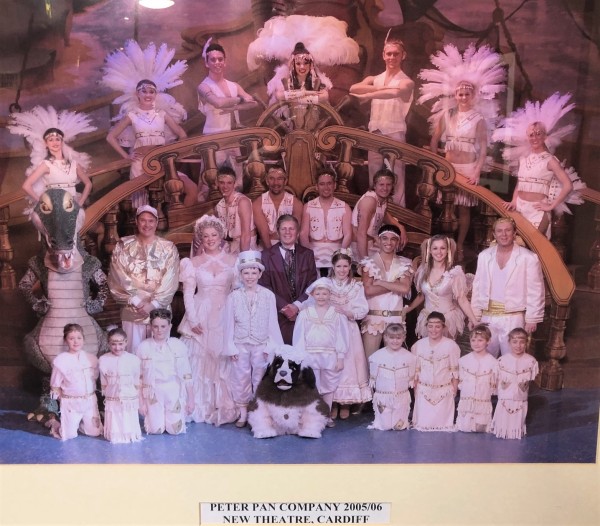 There is a gap of unframed pictures- here is 1984 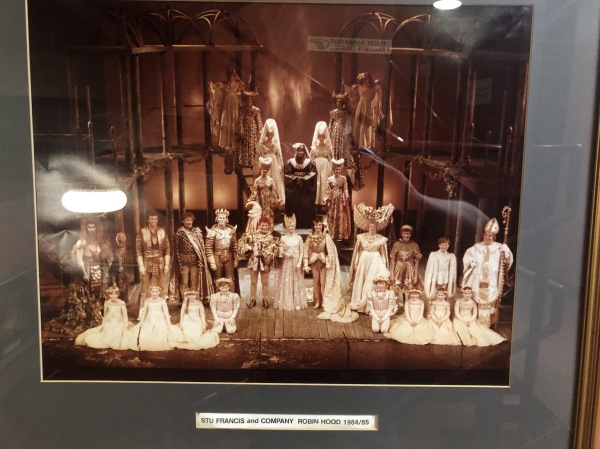 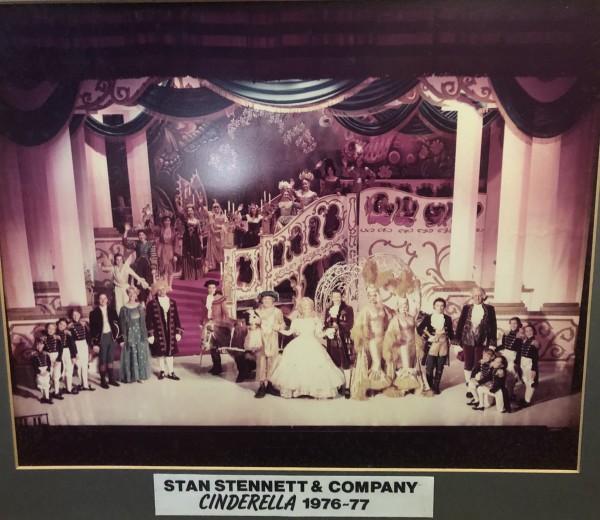 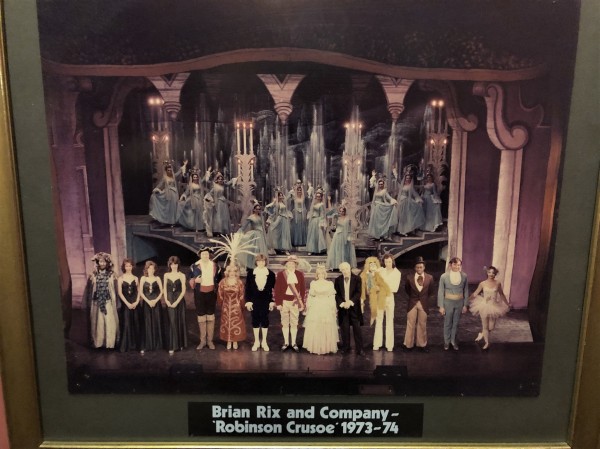