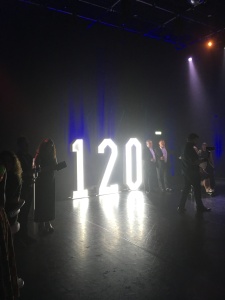 Off to The Hippodrome Birmingham as guests of Qdos tonight to celebrate a staggering 120 Years of Entertainment in Birmingham on this site.

The Draysey Brothers opened The Tower Of Varieties and Circus on the Thorpe Street site in 1899, and to this day a building has been here providing entertainment in the heart of the City.

I know a fair bit about “The Tower” as it was called- Thanks to Peter Tod the former Chief Exec of The “Hippo”. When the Hippodrome closed for major rebuilding in the late 1990’s, Peter was concerned that the link with schools might be lessened during a lengthy closure. He hot upon the idea of sending out our “Pantomime Roadshow” team, but with a theme- The History of The Tower and as it later became, The Hippodrome.

We toured the schools of Birmingham and Dudley for several weeks with this show “Tower” and returned before the re-opening to promote the Panto. Then, as the Building re-opened Peter Robbins and I attented the “Silver Gala” here, and even took residence in the new dressing room block to meet the press on the first day of opening backstage! Many happy memories. Tonight with our mates from Qdos including Chris Biggins, Andrew Ryan, Jonathan Kiley and Jill Jordan (AKA Doreen Tipton)we joined Compere Matt Slack and Artistic Director/Chief Exec Fiona Allan to celebrate 120 years onstage.

The Qdos Table! What a glorious night- celebrating with cabaret that included an even more glorious Knight- Beverley Knight, who closed an evening of non stop entertainment- and amazing food!

Oh what a Knight to remember- A Standing Ovation for Beverley Knight.

The food and wine flowed, and cabaret from Amy Manford and Scott Davies- a stunning “Phantom Of The Opera” medley performed in the dress circle, while we, theaudience sat at tables on stage. Laura Pick was on top form Defying Gravity- another standing ovation, and Alexia McIntosh introduced a number from “Six”, which comes to the Hippodrome this year,currently in The West End. Before the audience walked the red carpet- and were greeted with Laurent-Perrier (and not the water type!) we watched a performance outside in what will someday be Hippodrome Square by Motionhouse, performing “Wild”.

The Evening was hosted by Panto Stalwart Matt Slack, and included segments from The Cast Of West Side Story, The Hippodrome’s First home-grown youth production- here in August. This section, together with ZYC Brum   (ZooNation Youth Company) were joyous and moving. To see the joy on the faces of these young performers giving a full out performance on the Hippodrome Stage- it was quite something to behold.

The artist-led company Sonia Sabri Company performed during the evening, and auctioneer Nick Davies was in fine form, reminding the corporate tables the importance of splashing the cash to fund some of the Hippodrome’s worthy projects that extend beyond the building itself.

The Patrick Centre doubled as an after meal & show night spot, hosted by Joanne Malin 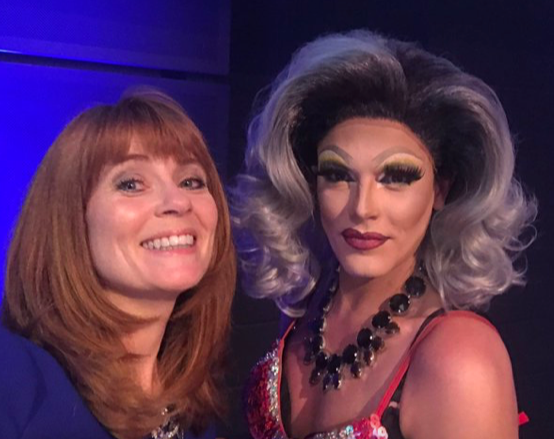 On behalf of all of us on Table 20- Thank you so much Nick Thomas, Qdos and all at The Birmingham Hippodrome for inviting us to join these amazing celebrations. Here’s to the next 120 years! Hip Hip Hippodrome!