Nick Thomas, Chairman and founder of Qdos Entertainment has been awarded the MBE in The Queen’s Birthday Honours List.

Nick received the award for his services to the Entertainment Industry – most especially in creating the largest Pantomime Company in The World- and for his long-time fundraising work and support for numerous charities including Great Ormond Street Hospital Children’s Charity- each year every Qdos Pantomime has a collection at the end of the pantomime, this is just a small part of the fund raising for the Hospital. In addition Nick raises funds for Heroes Welcome  and The Royal Variety Charity.

Nick said earlier- “I have been lucky enough to spend my entire working life entertaining people, in one way or another, so I am honoured and humbled to receive the MBE for doing something that I love”

Nick began his career as a pupeteer,in 1975 creating his own Puppet Specialities known as Tommer Puppets.He was aged fifteen, and a finalist on  the talent show “New Faces” .

He has created an empire of Pantomimes, starting in 1982 and created the Qdos Entertainment Group in 1999, that now plays towns and cities across the United Kingdom and abroad, employing a vast number of artistes, technicians, directors, choreographers, special effects, costumiers, scenic artists and more each year.

Nick at Qdos House- The Wardrobe Department- in Scarborough, HQ of Qdos Entertainment.

Of his fund raising Nick said “I am enormously proud of my teams around the country who have helped to raise in excess of £1.5m for Great Ormond Street over the past six years.These funds have helped towards the purchase of vital equipment and the development of new operating theatres, and we are fully focused on raising even more over the coming months and years ahead”.

At The Olivier Awards.

In 2016 The London Palladium once again became the major Pantomime in the UK, after an absence of thirty years. Alongside Michael Harrison, Nick returned Panto to its rightful place in the capital, and this year presents “Goldilocks and The Three Bears”- a first ever for this subject at the Palladium. 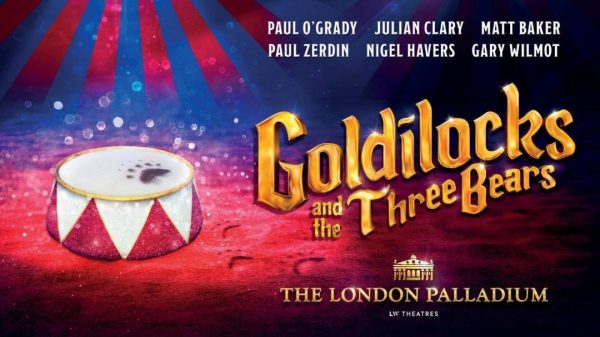 Former Puppeteer Nick with just a small part of his Puppet Collection and archive.

The charity supports those who have served the entertainment industry, providing residential and nursing care at Brindsworth House, as well as a Nationwide scheme for those living in their own homes who may need support.

Speaking personally- It has been an amazing sight each year in panto to see the teams of volunteers, front of house staff going into the audience and collecting money for Great Ormond Street, at a time of year when funds can be low, and money can be scarce- and to see such generosity every day- It is an amazing feat organised by Nick, in addition to the great work that happens each day and night at Brindsworth House.