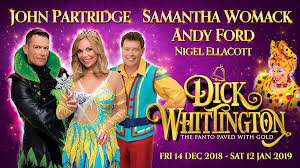 I woke up this morning to the glorious sight of The Hoe, Plymouth- sun shining and ships criss- crossing the water, a very apt view for the nautical adventures of Dick Whittington, and our press launch day for the Theatre Royal!

The view from the Hotel Window. Not bad eh?

Travelled down last night, on a journey that takes your breath away as the train follows the coastline for a chunk, and arrived back in Plymouth where Peter Robbins and I appeared fourteen years ago in “Cinderella” with Brian Conley!

We met up with Jonathan Kiley, Executive Producer and Adrian LeSurf from Qdos, and headed off to the streets of historic Plymouth, near to the Aquarium, for a session with the Ladies and Gentlemen of the Press. Here is a link to a short video of the interviews we did . This is one from The Plymouth Herald:

and this is an article from Radio Plymouth: 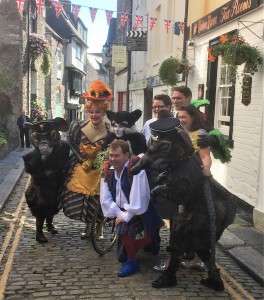 Gorgeous sunny day, we had interviews in the gardens of The Tudor Rose Tea Rooms, before John, Andy and I did a promotional piece to camera, filmed by Denhams TV inside the Tea Rooms , closed for today for our “Private Function”. How ghastly, to be locked inside a tea=room in Devon with nothing but sandwiches, scones, jam and cream and lashings and lashings of… err tea! It was a sort of Mad Hatted Tea Party. Look out for it on Social Media when its been edited and gone up for Baftas and the like! 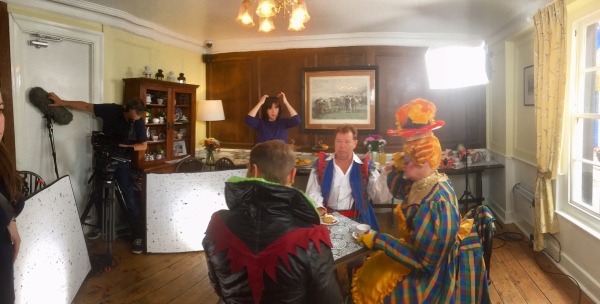 Jonathan Kiley overseeing the filming with our Television Director. 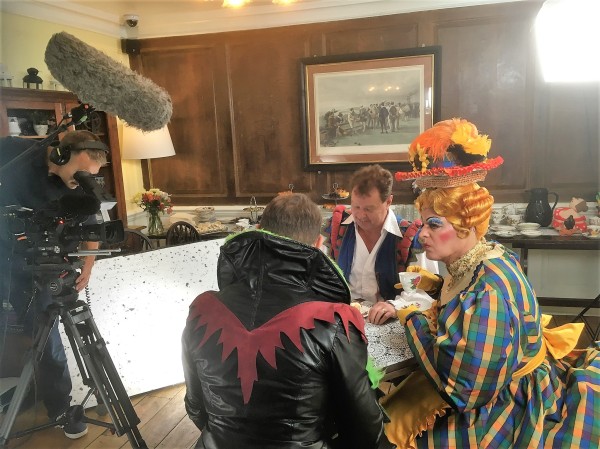 Eat your heart out Maggie Smith- This Dame is acting up a storm! Maybe the scones weren’t up to Masterchef standards? Actually- they were delicious! Thanks ladies of the Tudor Tea Rooms! Well fed and watered we were!

Samantha Womack will be heading for Plymouth soon to do some press , as she was working today, and not with us-and as soon as we wrapped the filming, John headed to Torquay to perform in his touring thriller “The Case Of The Frightened Lady” at The Princess Theatre there. 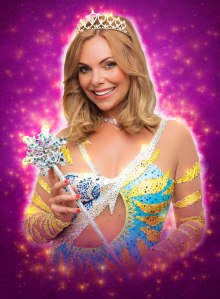 Looking forward very much to playing the Theatre Royal once again- its a wonderful auditorium, and this is the sight we’ll all be seeing in just a few months time!

can’t wait to sail aboard the Saucy Sally as Alderwoman Felicity Fitzwarren this season!

Watch this space for further press pictures as they are released!