This week a Daughter of Liverpool returned to her hometown for a funeral service at St Mary’s RC Church, the same church where in 1969 she and her late husband Bobby Willis had their marriage blessed. 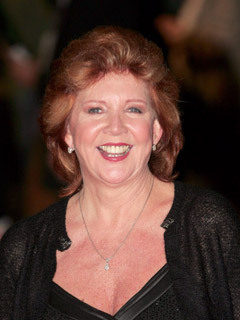 The Service celebrated the life of Cilla Black, with readings and songs from Sir Cliff Richard, Jimmy Tarbuck, Paul O’Grady and Christopher Biggins, and from two of her sons, Robert and Ben.

Amongst the 340 mourners inside the church were Sir Tom Jones and Gerry Marsen, Sir Andrew Lloyd Webber, and her Pantomime co stars Les Dennis and Ted Robbins, now both appearing in Coronation Street.

Fifty years after her first album “Cilla” hit the British Charts, this week also saw “The Very Best Of Cilla Black” re-enter the charts and become Number One.

Cilla Black began her panto career in the same year as she was launched as a pop star by Brian Epstein. Born Priscilla Maria Veronica White in Liverpool, in 1943 Cilla became the first female vocalist to be signed up by Brian Epstein, manager of Liverpool’s famous sons, The Beatles.

Legend has it that John Lennon introduced Cilla to Epstein, who in 1963 signed her to his management and a contract with Parlophone Records, a subsidiary of EMI.

Priscilla Maria Veronica White was born on May 27, 1943 in Liverpool. Desperate to became a star, she got her first gig playing at the city’s Casanova Club, and began performing there as Swinging Cilla. When the local music newspaper Mersey Beat wrote an article about her they mistakenly referred to her as Cilla Black, but she took a shine to it, and decided to use it as her stage name. Signed by Beatles manager Brian Epstein, Cilla knew the band closely – even occasionally acting as hairdresser to Ringo Starr’s mum. Paul McCartney and John Lennon wrote several of her hits, including her debut single ‘Love Of The Loved’.

As a child Cilla couldn’t afford to see the pantomimes put on at the Liverpool Empire. She went to the ones at “The Shakey”, as she called The Shakespeare Theatre in Liverpool, which was cheaper. She would wait in the alleyway the autographs of the Panto stars.

It was presented by Audrey Lupton and Arthur Lane. Cilla’s costumes were provided by Barbara Hulannicki of the Biba Boutique that had newly opened in London.

n the late ‘Fifties and ‘Sixties managements frequently placed their pop stars into pantomimes, as a means of promoting their artistes. Cilla appeared in her first pantomime in 1965. At the same time fellow pop stars Billy J Kramer and The Dakotas were starting “Mother Goose” in Stockton, and Gerry and The Pacemakers opened in “Cinderella” At Southampton.

In Fifty years of being a major star Cilla released over fifteen albums, two greatest hits compilations and a staggering thirty-seven singles.

In 1963 she recorded the Lennon and McCartney song “Love of The Loved”, and in 1964 “Anyone Who Had A Heart” was released in the UK, followed by “You’re My World”. These hits were followed by “You’ve Lost That Loving Feeling”, “Alfie”, “Step Inside Love” and  “Something Tells Me”, among the many number one hit songs.

Between May and September 1964 Cilla Black gave over four hundred performances on stage at the London Palladium, and appeared in the year’s Royal Variety Show- The first of many to follow.

In 1966 She opened in her own West End Show “Way Out In Piccadilly” alongside Frankie Howerd at The Prince Of Wales Theatre.This was to be the start of a life long friendship between the often solitary Frankie Howerd and Cilla Black. They adored each other.

By 1968 her television series for the BBC “Cilla!” was being watched by over 22 million viewers each week.. The Variety series continued into 1975, when she made series of “Cilla’s World Of Comedy” for ITV.

She married her childhood sweetheart and manager Bobby Willis in 1969. Bobby died in 1999 of lung cancer, and when Cilla was recently questioned on whether she’d look for love again, she responded: “I’m a ‘never say never’ girl, but I don’t see the point when you’ve had the best.”

Her appearance at the London Palladium was the turning point for the Principal Boy. The role had been in the hands of male performers- often Pop Star Performers in the provinces and at the LondonPalladium. 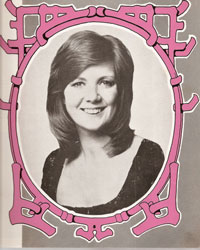 Cilla’s appearance as “Boy” in the title role saw a return to the traditional Principal Boy played by a female. This lasted for almost a decade.

See “Spotlight On Cilla Black” for full details of her career and pantomime appearances.

At the end of that year (1971) Cilla rejoined Alfred Marks to appear in the BBC Television Pantomime “Aladdin” along with Roy Castle and Norman Vaughan. The Panto was broadcast on Christmas Day.

My friend Isobel Hurll was principal dancer at the Palladium and appeared in very many of Cilla’s shows and TV series. She also assisted Irving Davies ,Choreographer.

In 1976 Cilla, Isobel and Irving were heading backstage after seeing “I Do! I Do!” starring Juliet Prowse and Rock Hudson. They were going out to dinner with Juliet Prowse. It suddenly occurred that her co-star, the Hollywood screen idol Hudson might like to join them. The dilemma was, did one ask or not? Was it being forward, or would he possibly slope off alone if they didn’t ask. Cilla decided Irving Davies should invite him. As he headed for Number One Dressing Room she shouted “Don’t grovel, Irv!” He did join them, and Isobel recalls a hugely enjoyable evening!

In 1978 she starred at the Liverpool Empire in “Dick Whittington”, appearing with Cannon & Ball, Frankie Desmond, George Roper and the Smurfs!

1979 saw Cilla in “Aladdin” with Don Maclean and Frankie Desmond at the Wimbledon Theatre.

1983 saw Cilla return to pantomime as Jack in “Jack and The Beanstalk” at the Hippodrome Theatre, Birmingham, with Harry Worth and Wyn Calvin.

Cilla’s unlikely song  in this production was Boy George’s “Kama Chameleon”, in the charts at this point in time! 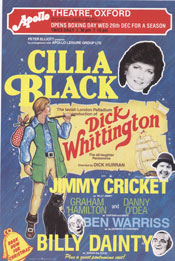 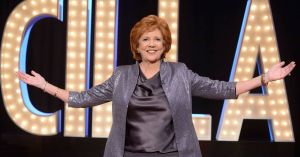 1985 saw the debut of Cilla’s “Blind Date”, which she hosted for eighteen years until 2003. Her almost two decades presenting Blind Date saw her become the highest-paid female performer on British television,

In 1985-1986 she appeared as “Aladdin” at the Empire Theatre Liverpool with Bob Carolgees and Gareth Hunt. This Pantomime had one of the best “Ad Lib” lines ever spoken in Panto, and it came from a child sitting in the audience. 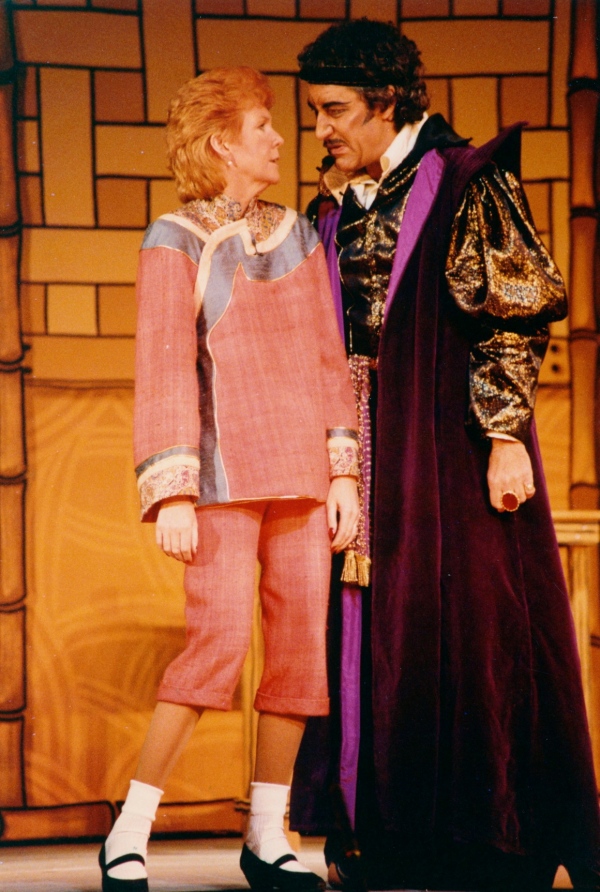 At the end of the fight between Cilla and Gareth Hunt as Abanazar, when Aladdin is triumphant, Cilla stepped forward to ask the children what she should do to punish Abanazar

“Sing to him!” yelled the child

. Panto history was made that night!

Terry Powell is a regular contributor to the IBY pages, and has been since the website started fifteen years ago.A set designer and scenic artist he worked on many pantomimes, including this “Aladdin” at Liverpool. He has very kindly sent some production photographs from this Apollo Leisure production.

He recalls that Cilla wanted as much of the beautiful Tod Kingman scenery as possible from the Palladium “Aladdin” fifteen years before. Tod Kingman was about to retire, and was involved in the design. Terry had the unenviable job of trying to fit in the Kingman scenery with existing scenery, and in true showbiz fashion, the Finale was being set up and hurriedly rehearsed behind the house tabs as the first performance audience arrived to take their seats!

These are some of those photographs from the Panto. 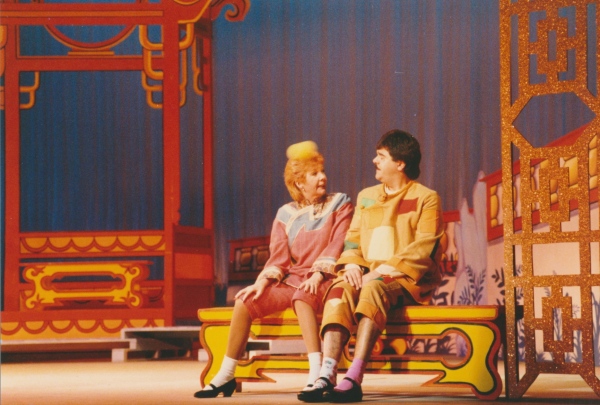 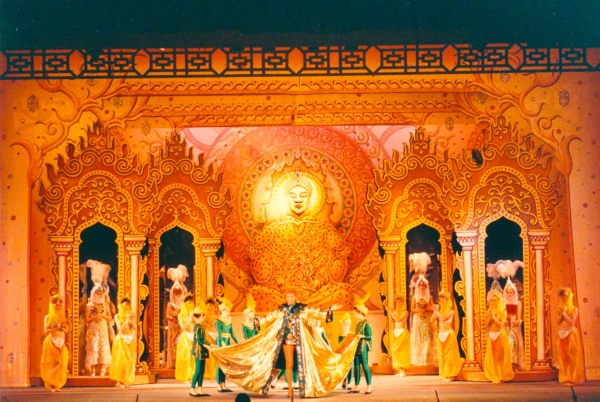 Cilla appeared in “Aladdin” again in 1989 for Paul Elliott at the Wimbledon Theatre, opening on December 22nd and running until 28th January 1990. The pantomime also starred Gareth Hunt, Bob Carolgees and Gordon Honeycombe, along with David Morton and Katy Budd.

Amongst the juveniles supplied by The Babette Palmer Young Set in that pantomime were Babette’s two grand-daughters (and of course Bonnie Langford’s nieces) Summer and Scarlet Strallen, now both west End leading ladies.

In 1991 Cilla Black starred in London’s Piccadilly Theatre as Jack in “Jack And The Beanstalk”, again appearing with her “Surprise! Surprise! “co-star, Bob Carolgees and “Spit” The Dog, joined by Jean Boht as Fairy.

In 1996 Cilla Black was awarded The Order Of The British Empire.

In 2007  Cilla’s fellow Liverpool star, Paul O’Grady asked her to play Fairy Godmother in his Channel 4 television Panto, ”Cinderella”, which was aired on the 19th December. Joan Collins played an Ugly Sister opposite Jo Brand and Paul O’Grady was the Baroness. Jamelia appeared as Cinderella and Cilla’s mate Chris Biggins appeared  as Buttons

Here is a link to a section on youtube: https://youtu.be/oHTYHPH9p8o

In 2008 Cilla returned to the Empire Theatre Liverpool, twenty years after her last pantomime, to star as Fairy Godmother alongside Liverpool’s Jennifer Ellison and Les Dennis. Ted Robbins played Baron, with Pete Price and Roy Brandon as The Ugly Sisters.

Nick Pickard played Dandini opposite Stephen Fletcher as Prince Charming. The Director was Television’s John Bishop, with a script by Eric Potts, magnificent sets from Terry Parsons and produced by First Family Emtertainment.

The entire cast joined Cilla in the finale to sing “You’re My World” to nightly standing ovations.

Here are a couple of links to footage taken on the last night at The Empire from the stalls. youtube: https://youtu.be/ScxGGkE_NVo

in 2010 Cilla Black appeared at the new Aylesbury Waterside Theatre – once again starring as Fairy Godmother. 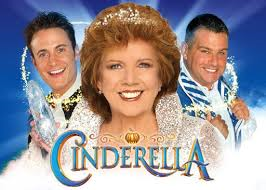 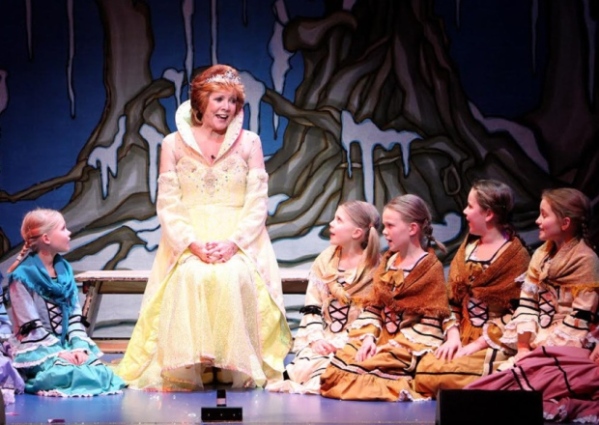 Her last pantomime appearance was forty five years after her debut in “Little Red Riding Hood” at Wimbledon. The Waterside theatre was opened officially by her that same year. It was her 47th year in “The Business”.

This week the Waterside Theatre’s spokesperson said “We are truly saddened to hear the news on Cilla Black. We were honoured to have welcomed her at our opening and as the star of our first panto in 2010. They described her as “A true star” and “A great loss to the industry”.

Crowds lined the streets with flowers and banners and a huge outpouring of love for Liverpool’s own Cinderella.

Christopher Biggins attended the funeral of his best mate Cilla. In his words:

2 thoughts on “CILLA BLACK- THE PANTOMIMES”