The sad news was received today that Keith Harris died today at the age of 67.Keith had a career in television and theatre and pantomime lasting fifty years.

His early career began as a child, and by the age of 17 he had already appeared on stage at The London Palladium.

I saw him in an early panto appearance (it may even have been his first) at The Grand Theatre Swansea in “Puss In Boots”in 1965 as Puss alongside Jess Conrad and Bryan Burden. Keith was nineteen years old in that Pantomime. I also appeared with Keith, Orville and Cuddles in his last pantomime- “Jack and The Beanstalk” at the Grand Theatre Wolverhampton in 2012-13. He was diagnosed with his cancer in 2013 and fought a brave battle to the last.

Keith held a pantomime record- that of the longest Pantomime Run (Twenty Two Weeks) at the Theatre Royal Nottingham. Over the years he appeared in Panto all over the country, and between 2005 and 2008 he formed his own company and presented the pantomimes at Fareham, and at another venue the following year.

Michael Harrison at Qdos had these words to say:

Keith Harris was, without doubt, one of the great iconic British entertainers. A star in every sense but particularly on the pantomime stage. His pantomime appearances were legendary. He was a visionary: performer, writer, director and producer, equally at home behind the scenes creating new ideas, routines, scripts and songs as he was in his most obvious domain; centre-stage under the spotlight with his iconic creations Orville and Cuddles. I regret deeply that I was born too late to see his ‘Humpty Dumpty’ in the West End but cherish the LP he gave me of those wonderful Bobby Crush songs.

There’s a bloody good pantomime in Heaven this Christmas with a bill that none of us could ever put together. It now has a star turn in Keith Harris!

One of the magical moments that Pantomime produces was at the Hippodrome Birmingham- “Dick Whittington” when Keith and Orville shared a bed with Julian Clary in The Haunted Bedroom. It was a showcase of top comedic timing, and one I will never forget.

“Dear Keith, what a legend, we all grew up with Keith & Orville, so working with Keith was such a joy, Joan Collins and Orville in the same rehearsal room was thrilling, and Orville and Keith in bed with Julian Clary, Panto heaven. His brilliant sense of humour prevailed even during my last telephone conversation with him 3 weeks ago. We will miss you so much, thanks for all the laughs and great times, you will always be a legend”.

I spoke today to Keith’s “Best Mate” Bobby Crush. Bobby was about to do a radio interview to talk about Keith. It was Bobby who wrote “Orville’s Song”- often titled “I Wish I Could Fly” which sold 400,000 copies in 1982 and got into the top ten charts.

I’ve known Keith Harris for over 40 years … pre-Orville! At that time, he just had the act with Cuddles the monkey but even then, it was clear that here was one of the best vent acts ever and he had the most amazing technique. We supported Harry Secombe in “The London Palladium Show” in 1974 when it went over to Canada, playing Toronto and Ottawa. We became firm friends and I went on to have a long association with him … 3 blockbuster Summer Seasons and the pantomime “Humpty Dumpty”, which went on to play the Dominion Theatre in London with a score that I wrote for Keith and the cast.
What I think most people remember about my “Keith connection” is the big hit song I wrote for him in 1982 … “Orville’s Song”, also known as “I wish I could fly”. I wrote it during the Summer of ’82 when Keith and I were playing a long Summer season at the Opera House, Scarborough. I well remember “demo-ing” the song at the piano for him, whilst attempting to do both voices! He loved it, thankfully BBC Records also loved it and it was released in the November of 1982. It sailed up the charts peaking at no.4, selling approximately 400,000 copies and brought us both silver discs. Between us, we’d created a little bit of history … it was the first and only time a ventriloquist had achieved a top 5 record!
He was such a lovely man with a terrific sense of humour. We had so many laughs over the years. In recent times, it wasn’t always easy to see each other with him in Blackpool and me in London but we’d speak regularly on the phone … the last time being just days before he passed away. I knew he’d been terribly ill but he sounded upbeat and used the occasion to tell me a rather off-colour joke! It also rather amused him to learn that in panto, no longer able to get away with principal boy roles, I’d ventured into the world of the “Dame” … “Ooh, Crush … I bet you just couldn’t wait to get into those corsets!”
Keith was a big part of my professional life and I will miss him a lot … he was a gem. 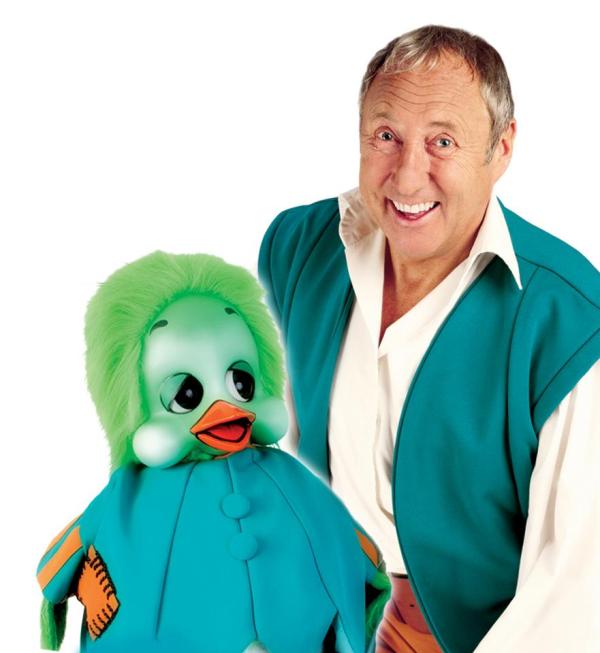 Nick Thomas, founder of Qdos was strongly influenced by Keith Harris. Nick was inspired to create “Tommer Puppets” when, like Keith he was a teenager, and like his mentor presented a puppet act at the age of fifteen.- it won an episode of TV’s”New Faces” and while we were in Panto at Wolverhampton Nick told the company of his admiration for Keith, and the debt he owed him for inspiring his own career, and his lifelong love of  Puppetry.

In my years of Pantomime there have been very few “Vent “ acts remaining. When I began Keith Harris was the King of Vents, and had a hugely successful Pantomime at The Dominion Theatre in London which featured Bobby Crush and Keith’s friend Ronne Coyles as Dame.

Other than Keith the regular “Vent” acts that appeared in Panto were mostly Ken Wood, Ward Allen  and Roger The Dog, and the “Vent” I worked with the most- Dawson Chance with Willy. Dawson appears each year in Pantomime (I believe he may be the longest serving consecutive Qdos Performer), Ron Lucas once in Wimbledon, and each season Paul Zerdin appears in Pantoland with Sam. There are very few Spesh Acts around today, and Keith was one of this rare and wonderful breed.

Dawson Chance had this to say:

So very sorry to hear the sad news about Keith. He was a great inspiration to me in my early career and I regard him as one of the best “vents” around, up there with Ray Allen.He will be very much missed in Pantoland. Thank you Keith for keeping the art of ventriloquism to the fore so brilliantly. R.I.P Keith. Dawson Chance 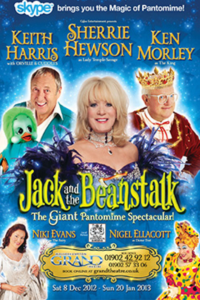 In his career Keith Harris appeared in five Royal Variety and Children’s Royal Variety performances. He entertained both Prince William, and later Prince Harry at their respective Third Birthday celebrations, at Highgrove House and at Kensington Palace.

Keith’s television series  “The Keith Harris Show” ran from 1982 until 1990 on BBC1, followed by “The Quack Chat Show” for the following two years until 1993.

His creations Orville the Duck and Cuddles (I hate That Duck”) he Monkey brought the era of “The Vent” into the20th Century. He later adapted his routines and in adult format performed in Student Unions around the Country, bringing the characters to a new and appreciative audience. It was called “Duck Off!” 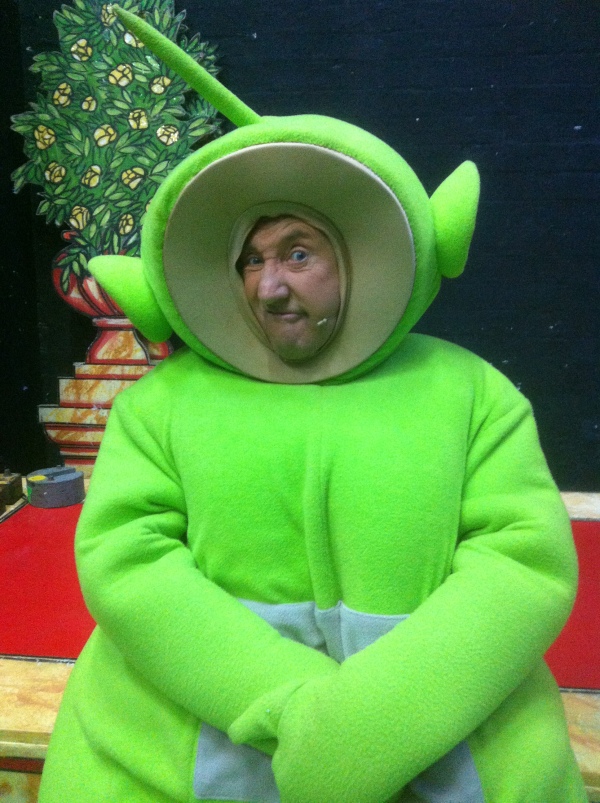 He re introduced the characters to younger viewers when he appeared on CBBC’s “The Slammer”, and of course each year in Pantomimes.

In 2002 he reached new viewing audiences by appearing in the Documentary”When Louis met Keith Harris”, and three years later he appeared in the reality show “The Farm” on Channel 4, and emerged the winner. 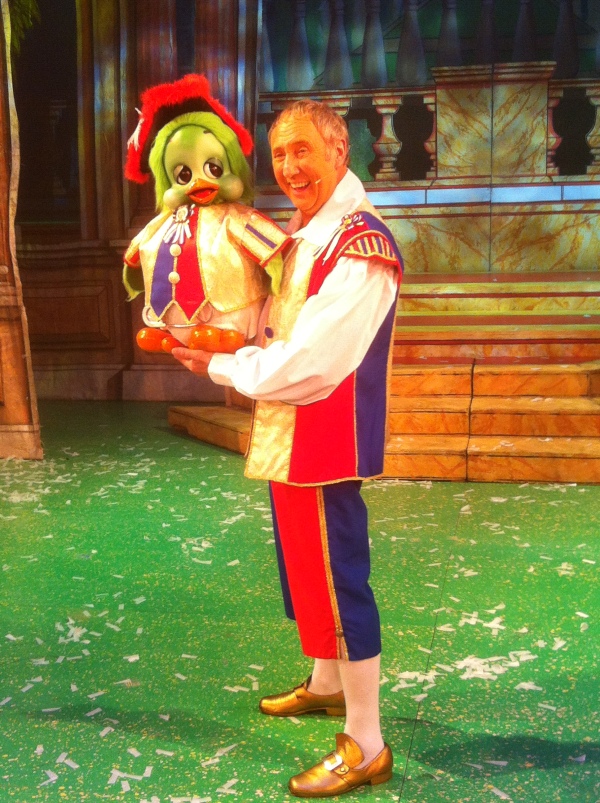 Last year Keith was unable to perform in Pantomime at the New Theatre Hull with Sherrie Hewson and myself, and sadly this year Keith’s illness prevented him from a planned Pantomime at Crewe.

Recently he enjoyed being with his family at their home near Blackpool, and in their Holiday home in Portugal. He lost his battle today at Blackpool Victoria Hospital.

Our thoughts go to his wife Sarah and children Kitty and Shenton, and to his daughter Skye., and to his friends and fans around the country.

One thought on “Keith Harris”