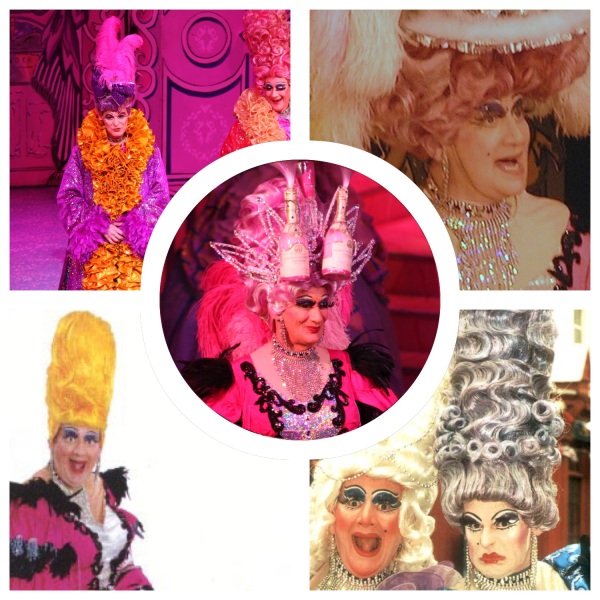 It is five years ago to the day that Peter passed away, but judging by the amazing response to a few photographs on facebook, it is obvious that he has left a legacy of laughter and joy behind him. So many people left kind thoughts and memories.It was a wonderful partnership.

So- in no especial order, I’ve taken a couple of dozen photographs over those twenty-eight years of working for Paul Elliott’s E&B Productions and Qdos Entertainment throughout the years. This year will be my thirty-fourth pantomime for Qdos- these snapshots look back at just a few featuring Peter. Enjoy! 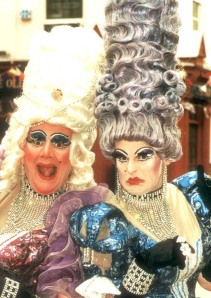 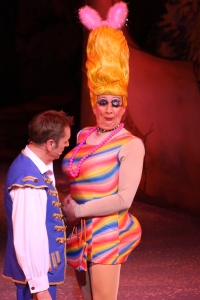 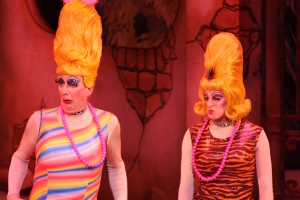 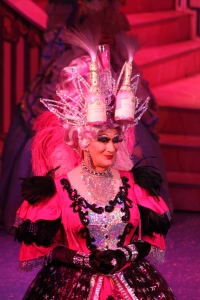 I have a filing cabinet and a portfolio with all the handbills and posters stored away, from the first pantomime we teamed up to do- The Kenneth More Theatre Ilford in the early 1980’s through to our last at Nottingham Theatre Royal- our second panto there. Our first E&B panto was at The Gordon Craig Stevenage, starring Peter Byrne, who directed- Lynda Hayden, Kathryn Apanowicz and Spencer K Gibbins. We followed this with The Beck Theatre in Hayes with Dennis Waterman and Rula Lenska. I still have the Gerald Scarfe cartoon of the slipper fitting scene on my wall! 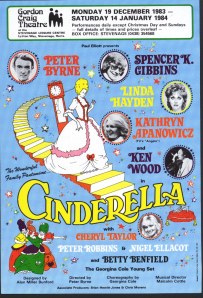 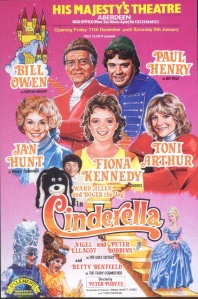 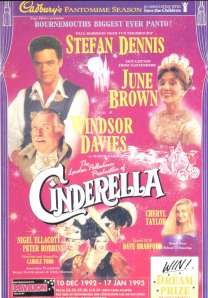 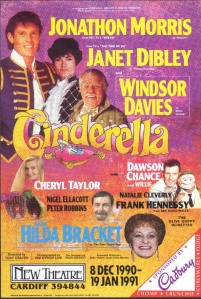 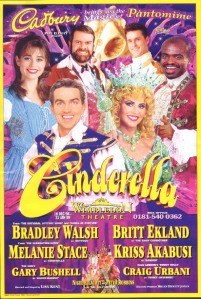 There is a whole section here on IBY that lists all the pantomimes Peter and I did, with posters, as well as a very moving tribute page to Peter. “Sisters Scrapbook” here lists all the wonderful panto folk we worked with in the many “Cinderellas”. 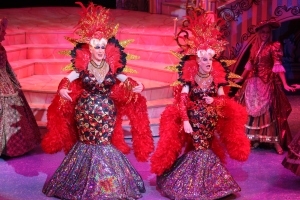 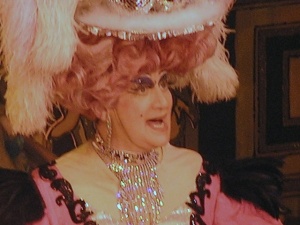 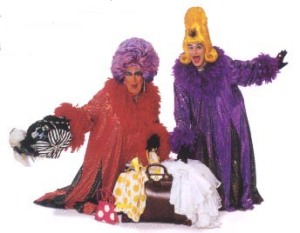 Above is one of a number of shots used when we fronted the Royal Mail campaign one Christmas. It was spooky to see our life sized cut outs and posters all over the country in every Post Office. we did the photo shoot at RADA during a very hot summer. It was unnerving after Christmas to pass a post office and see our feet sticking out from the odd skip or dustbin! I saved several, and they are tucked away behind a run of filing cabinets! Here are a few more: 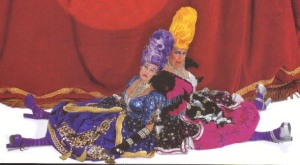 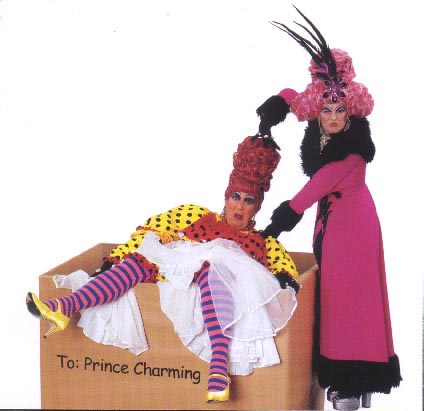 Press calls were often the source of a few good photos, often done in June or July with artificial snow and Christmas Trees outside the theatre. Sometimes we did a “spot”, often with Brian Conley at Press launches, sometimes a chat with the party bookers and press. We were taken around cities in carriages (a memorable one with Peter Tod on board for the Birmingham Hippodrome), on lorries- in Hull I recall, and pedalled in full frock through Manchester in rickshaws!Each year we did “Arts Fest” for the Hippodrome, accompanied by Ian Sandy-  We did events for Lever Brothers and Faberge, for magazines and a few fun events for charity at Brick Lane Music Hall. Once every so often there would be a staged panto launch- like the one at London’s Victoria Palace, or glamorous ones at The Theatre Museum, Covent Garden light switching ons, oh- and the Ivy! 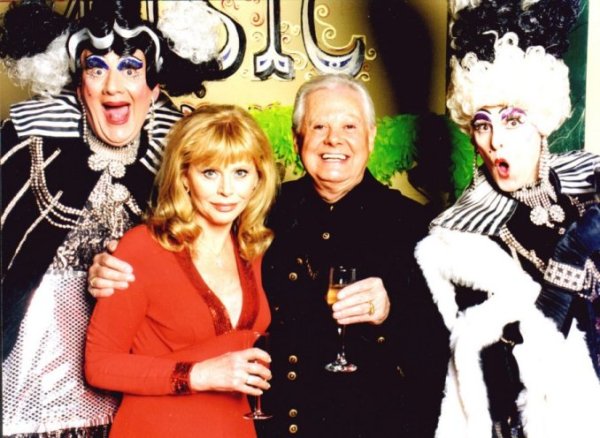 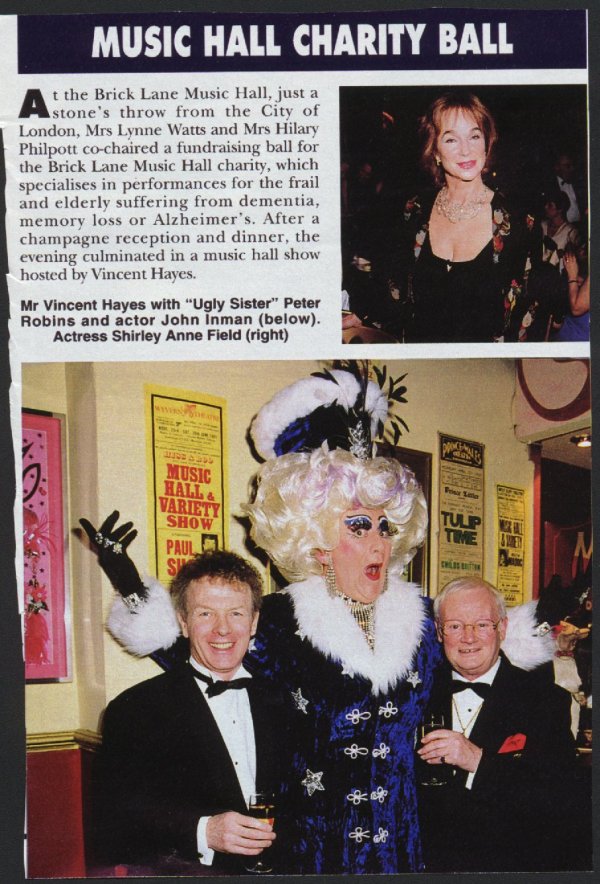 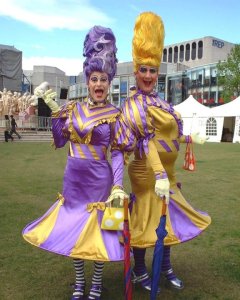 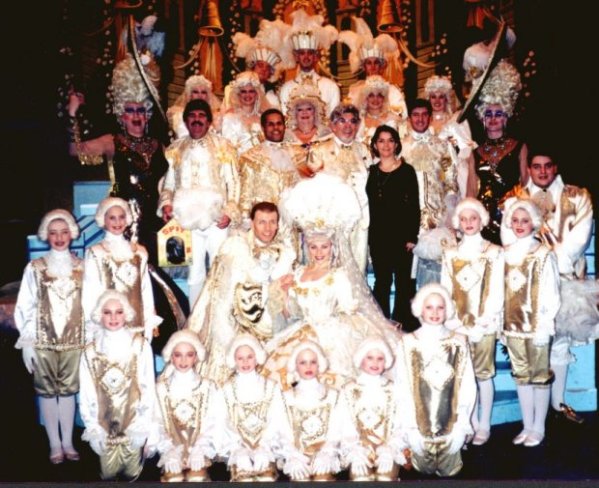 we even had a fabulous portrait painted by Judy Graham, and to Peter’s great joy it was hung at the V&A Theatre Museum in an exhibition. Many a risqué joke about how well it was affixed!

With thanks to Judy Graham for use of this image. 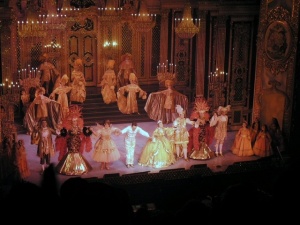 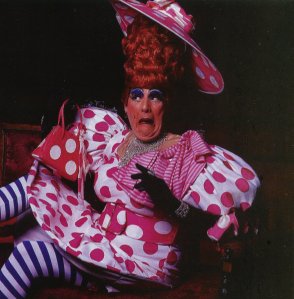 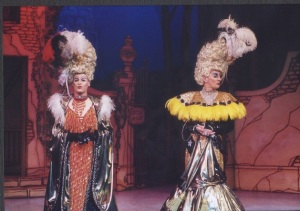 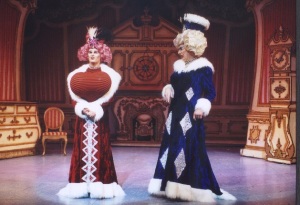 Happy Times and many friends made. Peter- Thanks for these memories! 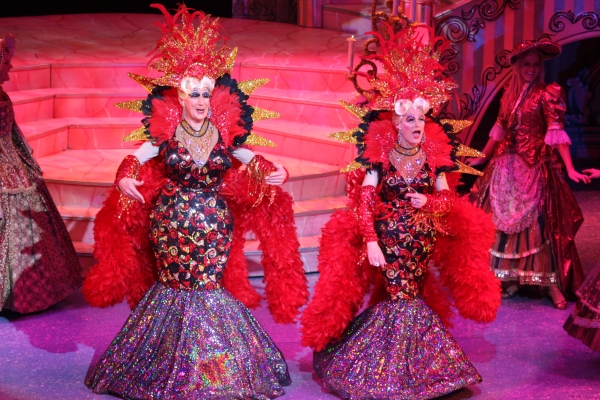